An The Oklahoma Housing Authority, which denied housing to a black mother and daughter in 2015, ultimately struck a deal with the Department of Justice. Oklahoman reported a civil rights complaint was brought against the Lone Wolf Housing Authority, the former executive director and a former program assistant in December 2020.

Announced last Monday, settlement granted the woman and her daughter $ 65,000. Local legal aid also received $ 10,000. The housing authority was also required to draft a consent decree for staff and board members to undergo training on non-discrimination, focusing on the Fair Housing Act and Title VI. of the Civil Rights Act 1964.

“Housing authorities are entrusted with taxpayer dollars to serve some of the most vulnerable members of our communities,” Deputy Attorney General Kristen Clarke for the Civil Rights Division of the Department of Justice said in a statement. “It is odious that a housing authority denies accommodation to any applicant on the basis of their race. The Justice Department is committed to vigorously enforcing federal law to ensure that no one is illegally denied housing because of their race or for any other prohibited reason.

Oklahoma Legal Aid confirmed the discrimination by asking two housing testers, one white and one black, to attempt to apply for housing. The white tester was informed that there were several apartments available. A day later, tester Black learned there was no availability.

The Housing Authority has received funding from the Ministry of Housing and Urban Development and manages 25 units. While the federal Fair Housing Act prohibits discrimination in housing based on race, color, religion, sex, family status, national origin and disability, neglected people can take years to benefit from a repair. Turning away those who need help can have dire long-term consequences for the person and their family.

As previously reported by NewsOne, the Justice Department has renewed its efforts to tackle discrimination in housing and lending. In October 2021, the ministry announced enforcement action against a lender for lending discrimination and de facto redlining.

“The days of racial discrimination in housing should be long behind us,” said Deputy Principal Under Secretary Demetria McCain of the Department of Housing and Urban Development (HUD) Office for Fair Housing and Equal Opportunity . “HUD is pleased that the Department of Justice and HUD’s Fair Housing Initiative partner, Legal Aid Services of Oklahoma, have taken the appropriate steps to end the illegal behavior of the Housing Authority. “ 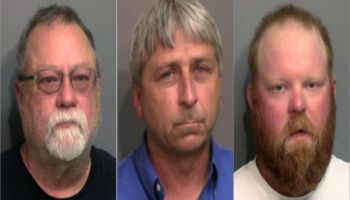